TPN.Health first connected with Taylor Farris, LMSW, at our DBT Skills Training. We’re excited to have followed up with her as she shared on her work at the Lafayette Parish Correctional Center today and in the world of corrections as a whole.

Taylor’s pathway to work in corrections began with law, which first piqued her interest while working for the District Attorney in high school. She transitioned to college with the intent of studying law, but soon found that studying law singularly was lacking something, so she supplemented the gap with psychology coursework. Eventually, her growing interest in psychology won over and prompted her to pursue a Master of Social Work degree.

It was during Taylor’s graduate internship that the worlds of law and psychology met to create a launchpad that sprung her career. Taylor engaged in a program called Project Hope in which interns taught parenting classes to offenders. While the offenders were appreciative for the ability to partake in the class, they also expressed a need to have more behavioral health assistance built into their days within corrections facilities.

“I really don’t know if I could work outside of corrections at this point. It’s something that I’m really passionate about.”

Since her first hands-on experience of corrections within Project Hope, Taylor has continued to work passionately with incarcerated individuals, mostly men, first at Raymond Laborde Correctional Center a state prison in Cottonport, LA and today at the jail in Lafayette, LA. Taylor’s passion for the work lies in continuous opportunities for problem-solving and asking questions regarding mass incarceration as a whole in the United States.

In this setting, both client and practitioner face environment-specific barriers, such as a lack of confidentiality. Meetings are held in the hallways, so the offenders are often fearful of backlash from other offenders who may be in earshot. Taylor notes that many of the offenders with whom she is in contact have a long history of misusing substances while appearing to or claiming to have diagnoses which require the dispensation of substances. Given this dynamic, the line between malingering and actual need is frequently blurred, a difficult hurdle for the mental health department.

In the midst of the numerous challenges of the corrections environment, Taylor experiences support from both her co-workers and the offenders in the jail. She describes the relationship between the deputies and the mental health department as one of trust and positivity. She relies on the observations and reports from the deputies, who have the most contact with offenders, to inform her of anything that could affect her relationship with offenders. Within the culture of offenders in the corrections facilities, Taylor experiences a sense of protection, as there are specific individuals who are mindful of her and will support her safety. 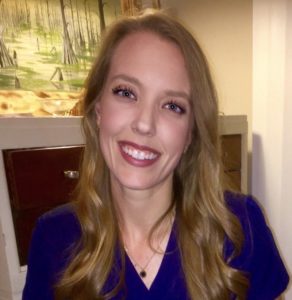 Most of the work that Taylor does with the incarcerated individuals at the jail is that of crisis management. Given the brevity of the inmates’ stay and the acuity of the present environment, crisis management is often the only intervention for which there is space and time. The other part of her work is the search-and-find of referring offenders to mental health services once they leave the facility.

It is her hope that teaching the offenders skills for self-regulation in a stressful environment can prime them for the deeper work they will do in a therapeutic setting outside corrections. According to Taylor, the process of making referrals to outside providers from her position is often “a toss-up.” She is excited to make use of TPN.Health to bring clarity and scalability to her referral process and, hopefully, the referral processes for the rest of the mental health department.

“I’ve had some men who have been incarcerated for thirty years and they say, ‘Ms. Taylor I don’t know. I don’t wanna go. I don’t know what to expect.’”

Taylor sees great need for services that facilitate transition from life in corrections facilities to life outside this environment. This facilitation would include some form of mental health check-in or therapeutic services, similar to the protocol for probation. She recalled her time working for the state prison in which there were offenders who had spent so many years incarcerated that the culture of incarceration is all they know. She frequently considers how the corrections system can better support them not only in recovering from the trauma of the system itself but in the extensive work of setting up life outside, such as finding jobs and using technology.

Sign up today to start connecting with clinicians in Louisiana.