Happy Spring! A season of new growth, planting, and preparing for abundance awaits us. It is a good time to remember the work of those who planted seeds and tilled the soil in the field of behavioral health. So, to kick off the month, TPN.Health is recognizing a few April-born historical figures who have cultivated the field of behavioral health through their significant contributions in research, teaching, and activism.

Arguably Maslow’s most well-known contribution to the field of behavioral health was his “Hierarchy of Needs,” which sprang from observations in his early work with monkeys. Rooted in human motivational studies, Maslow’s Hierarchy of Needs is arranged in five levels with basic needs at the bottom, psychological needs in the middle, and self fulfillment needs at the top. 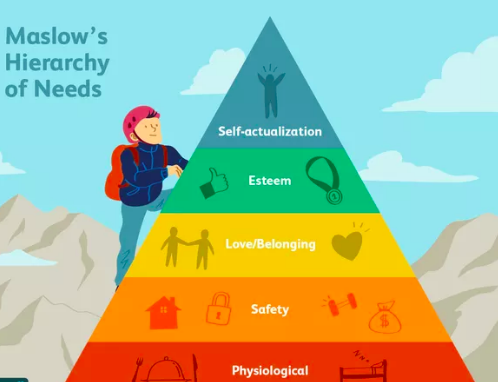 Having originally pursued philosophy and behaviorism (a prominent force in psychology at the time), he did not begin his work studying human motivation until the humbling experience raising a family during the collective upheaval of World War II prompted him to do so. Deviating greatly from the thought leaders of his time, who framed the human being in machine-like terms of reductionism, Maslow’s work in humanism, encompassing self-actualization and human motivation, served to integrate “personhood” into the field. His research laid the groundwork for developments in the field of personality psychology, which ultimately grew to shape the orientation of the behavioral health field as we know it today.

A teacher by trade, Dix’s journey in social reform began while teaching Sunday school at a women’s prison in Massachusetts. Immediately, she noticed the horrific conditions and particularly cruel treatment of those with mental health issues. Subsequently devoting her life to the reform of prisons, poorhouses, and mental institutions for better treatment of their inhabitants, Dix went on to lobby at the national and international levels. In the U.S. her efforts resulted in a federal grant for public land to be used in service of those with mental illness, a grant which President Franklin Pierce unfortunately vetoed several years after issuance. In Europe, Dix’s report to Pope Pius IX on the incongruity of public and private health facilities brought on the construction of a hospital, which was to benefit those with mental health issues.

Clark was an active researcher, practitioner, and force in social activism in her time. Even up against the walls of sexism and racism in mid-twentieth-century America, Clark pioneered studies of the effects of internalized racism in black children in her master’s thesis and was the first African American woman to obtain her PhD in psychology from Columbia University. Her thesis contributed to structures underlying the field of developmental psychology and was instrumental in the creation of the first mass-produced doll with African-American representation.

In her time working at a private home for the refuge of young black females in New York, she noticed a serious deficit in mental health services for black children as well as rampant mis-diagnoses of the individuals in the facility. Upon the refusal of governing bodies to provide adequate services after Clark and her husband, Kenneth Clark, presented this issue, the Clarks elected to open what is now called the Northside Center for Child Development, which was the first institution to offer full-time psychological and social services to families in Harlem. Likewise, serving on a number of committees and advisory boards throughout her life, Clark maintained active involvement in her community and testified as an expert witness in the 1954 Brown vs. Board of Education case as well as other school desegregation cases.

Three claps for these trailblazers in behavioral health history! Today, you can create a TPN.Health clinical profile to begin reaping the benefits of a trackable referral network and a trusted clinical community–all at your fingertips.