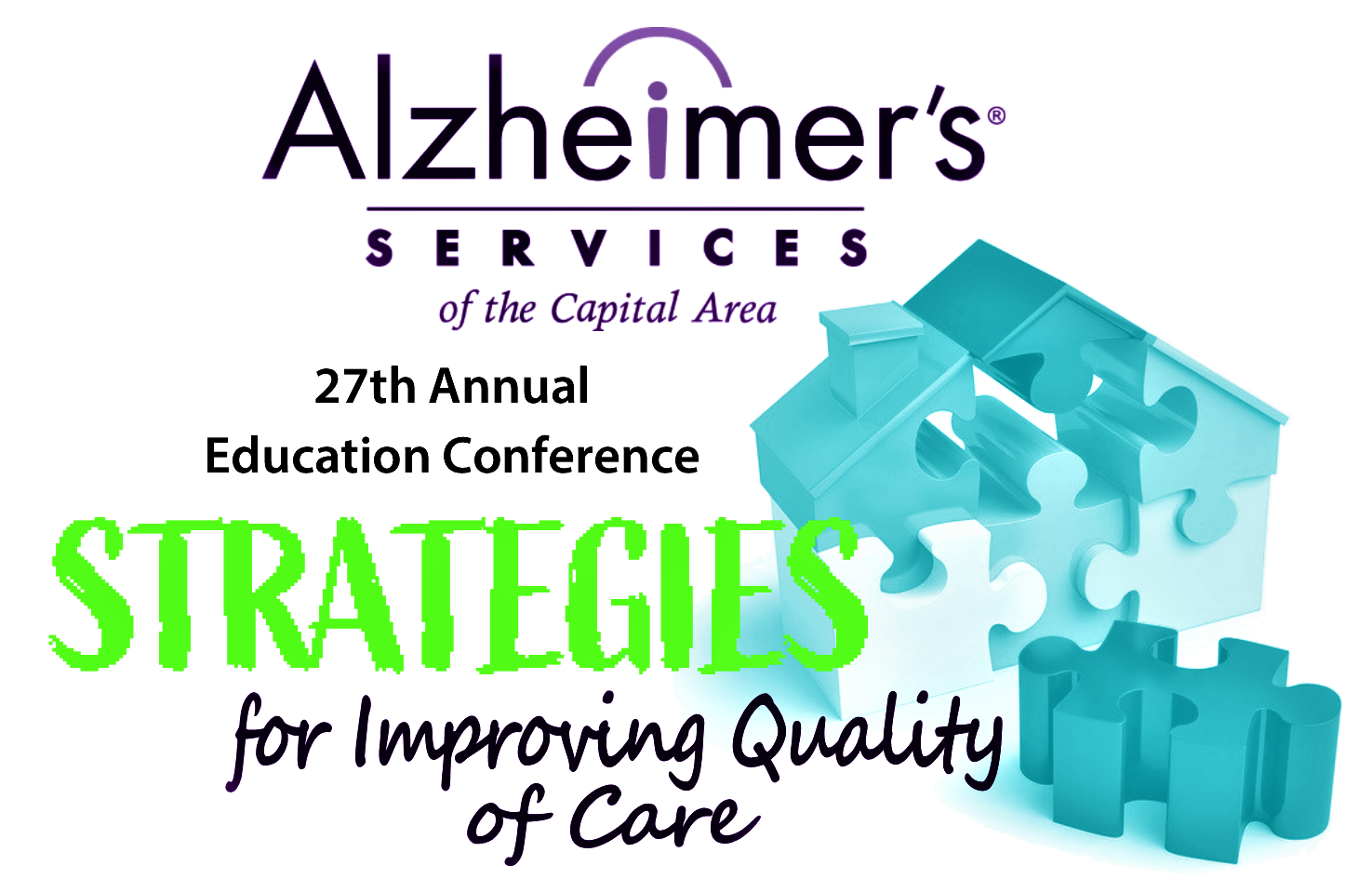 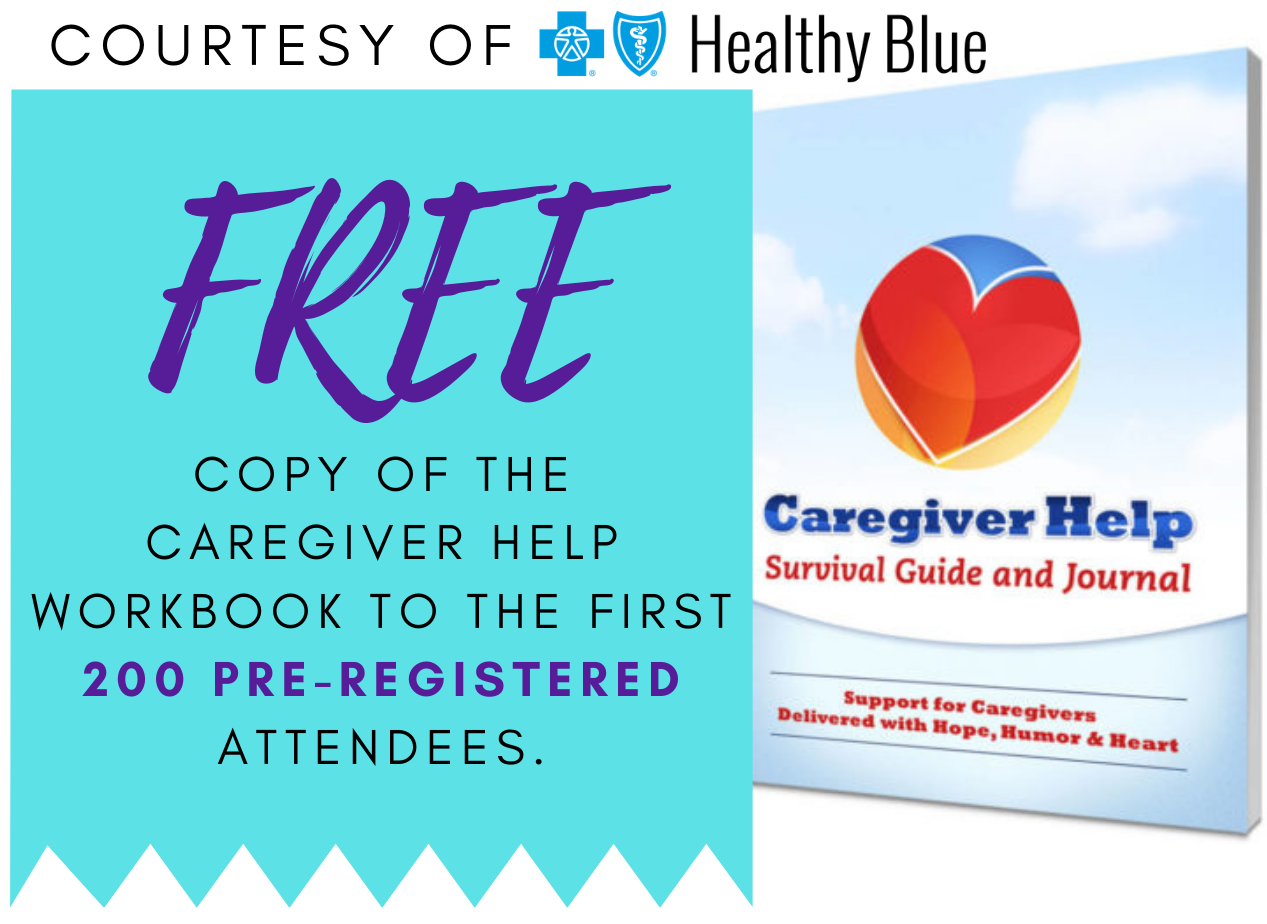 Alzheimer's Services' Website
Our Sponsors
How to Register
About CE Credits

Registered Nurses: Alzheimer’s Services of the Capital Area and Our Lady of the Lake Ascension Professional Development are joint providers of this educational event. Our Lady of the Lake Provide Unit 1020 is approved as a provider of continuing professional development by the Louisiana State Nurses Association, and accredited approver by the American Nurses Credentialing Center’s Commission on Accreditation. Approval for this event is pending. 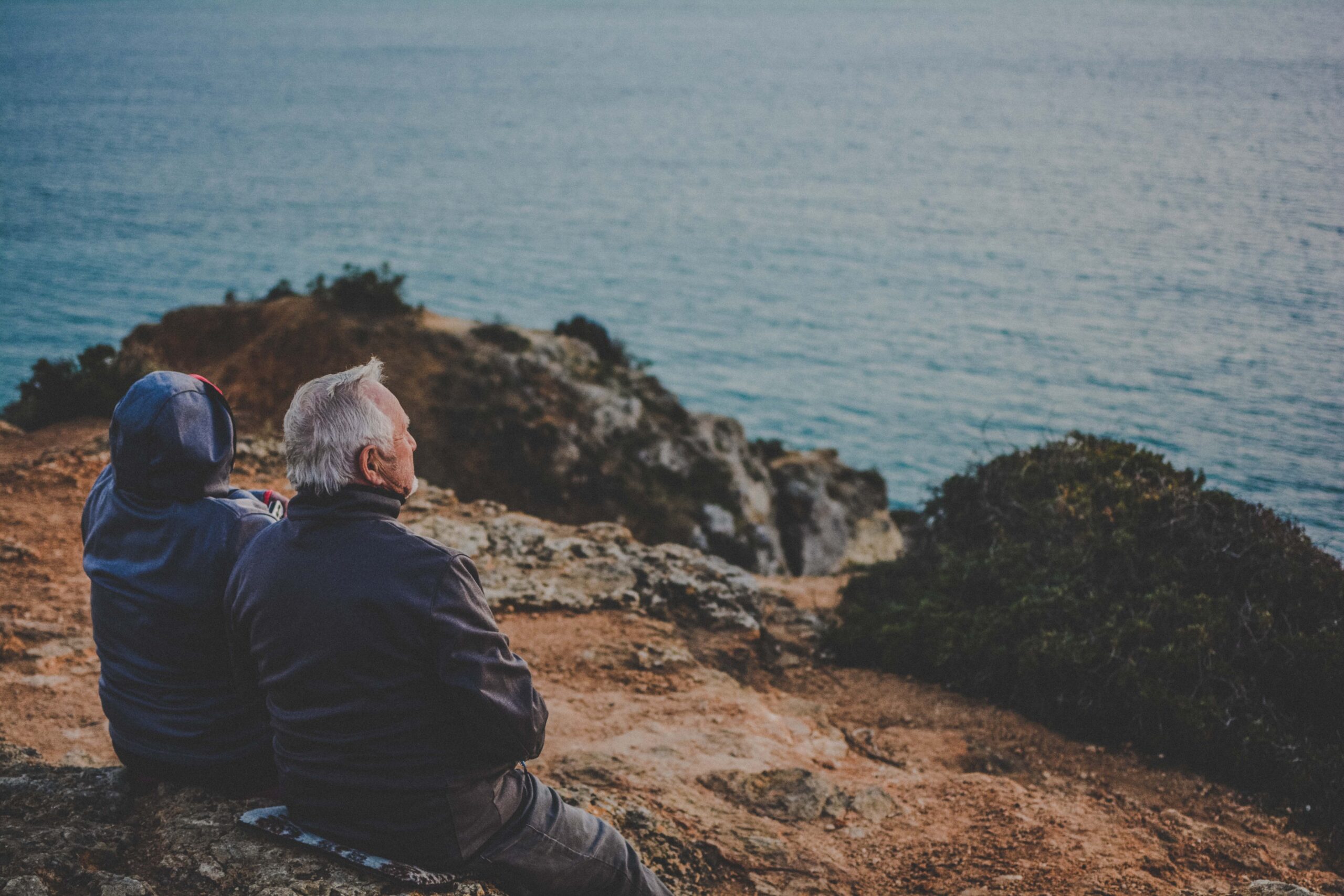 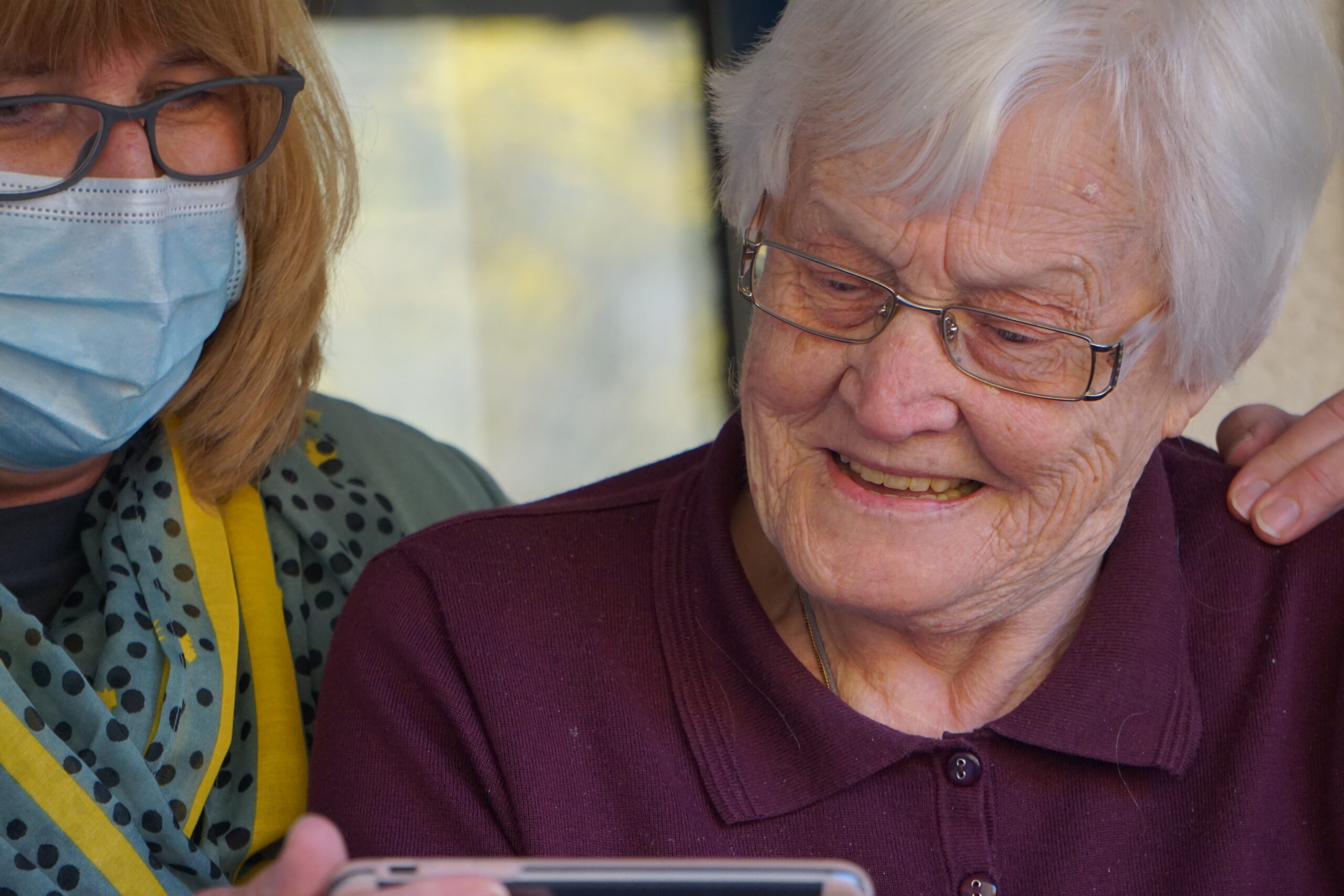 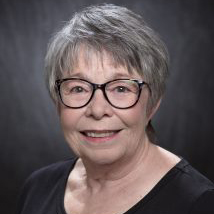 Dr. Neila J. Donovan is an Associate Professor in the Department of Communication Sciences and Disorders at Louisiana State University, Baton Rouge, Louisiana, where she directs the Communication Outcomes Research (COR) Laboratory . Her research encompasses the impact of stroke, traumatic brain injury, and neurodegenerative diseases on cognition and communicative effectiveness, with an emphasis on designing novel treatments and treatment outcome measures for successful communicative participation in everyday situations.

She serves on the executive committee for the LSU Multidisciplinary Institute for Neuroscience Discovery. At LSU as Director of Community Outreach in the Life Course and Aging Center and in partnership with Alzheimer’s Services of the Capital Area, she co-authored the first state-certified Dementia curriculum to train direct care staff in long term care dementia/memory units throughout Louisiana.
About the Session

Do you still remember your favorite song? Using music and memory to increase interactions and decrease agitation in people with dementia

The second presentation will include the findings of a pilot study conducted by Dr. Neila Donovan to see if community-dwelling people with dementia, attending a Day Activity Center can benefit from a listening to individualized playlists of their favorite songs on personal listening devices (iPods). Her research determined the benefit of a music program which included factors of:
a) was it feasible, meaning did people participate in the study willingly for its entire duration;
b) did participants’ language output increase in quantity and quality; and
c)did participants agitation decrease.

These positive benefits have already been reported in the literature for people with dementia in nursing homes. Following the research report, Dr. Donovan will use the remainder of the presentation to be an interactive discussion about:
a) how to develop an individualized play list for a person with dementia who is living at home;
b) how to identify instances of anxiety or agitation where using the playlist would be useful;and other possible ways to increase communicative interactions between caregivers and people with dementia. 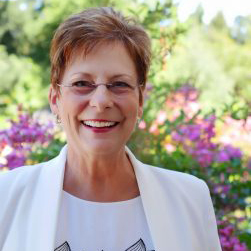 Elaine K. Sanchez is an author, speaker and co-founder of CaregiverHelp.com, an online caregiver support program. She is the author of Letters from Madelyn, Chronicles of a Caregiver and the Caregiver Help Blog.

She and her husband, Dr. Alex A Sanchez, have developed a number of online continuing education courses for mental health professionals that are hosted on the website www.PDResources.com.

Elaine has been approved as a trainer for long-term care workers in the State of Washington by the Department of Social and Health Services.

She conducts webinars and hosts semi-monthly virtual support group sessions for Aetna and CVS employees. She writes free-lance articles for a number of magazines and online publications.
About the Session

This heartwarming and hilarious keynote addresses caregiver anger, guilt, depression, and grief, along with surprising and inappropriate dementia-related sexual behavior.

It is based on stories from Elaine’s book, Letters from Madelyn, Chronicles of a Caregiver. It validates the caregivers’ experience and helps them understand that they are not alone and that having negative feelings does not make one a bad person.

Participants will also learn recognize the importance of self-care and creating a self-care action plan. 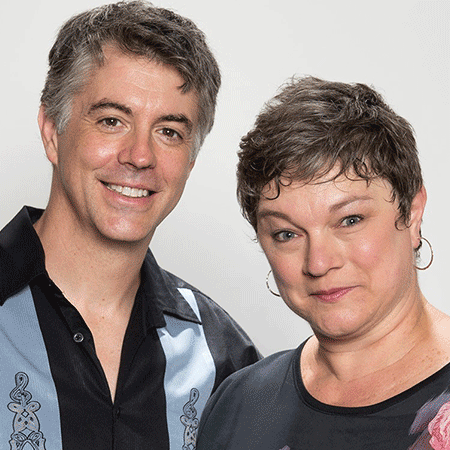 Her life has taken on a new focus and new meaning in combining the knowledge of work as an actress and caregiver into one life work. She along with her husband, Mondy Carter, facilitate educational workshops and trainings on improvisation and Alzheimer’s. They have presented over 750 trainings all over North America on topic of: dementia, person-centered care, culture change, improvisation, and creativity.

Karen was the co-developer and writer of the Centers for Medicare & Medicaid Services’ Hand in Hand Training Toolkit that was sent free to every nursing home in the USA. Among those they have presented for are Pioneer Network, The Eden Alternative, Ontario Long-Term Care Assoc., Alzheimer’s Foundation of America and over 300 workshops for Alzheimer’s Associations.
About the Session

This presentation will help caregivers and health care professionals, particularly those in long-term care facilities, understand how dementia affects individuals.

Participants will learn how to use improvisation as communication and how to carefully observe, listen, and interact effectively with persons with dementia.

This is an interactive presentation and will provide creative and improvisational exercises for participants to practice using the principals of improvisation with individuals with Alzheimer’s or other memory-related impairments.

Do You Still Remember Your Favorite Song? Using Music and Memory to Increase Interactions and Decrease Agitation in People with Dementia

The Hospice of Baton Rouge

To register for the conference, you will need to complete the following steps:

1. Click the "Register" button to be directed to the conference purchase page.

2. Once you click the "Register" button, you will be directed to sign up for TPN.health, or if you are already a member you will be immediately directed to the ticket selection page. If you are newly registering for TPN.health, are a Caregiver (or General Public), and do not have a license/credential(s), please select "Administrator" or "Admin" under "Credential Name" during TPN.health registration. You will not be required to enter Credential Numbers, Issuing Body, or Licensing Board information.

3. Once you have signed up for TPN.health, you will be directed to the ticket selection page to complete the process.

4. Continue through the checkout process and enter your payment information etc.

5. You MUST use the email address associated with your TPN.health profile at checkout. This is important for tracking purposes.

Please contact [email protected] if you have any questions!